The personal blog of Mike Chowla 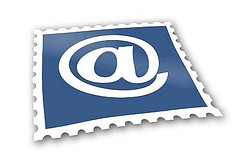 I’m a bit surprised that Facebook is (rumored to be) entering the email market.   Partially my surprise is that consumer email feels like a mature market and I expect Facebook to be concentrating on areas where more innovation and value creation is possible.   The rest of my surprise is why Facebook book wants to enter a space that’s not a great business for any of the incumbents.  EMail is essential to Yahoo and AOL for the recirculation opportunities it provides to better monetizing channels but in and of itself, email does not move the needle for anyone today.

Here’s my take on the pros and cons for Facebook entering the email market:

Being an email provider is expensive because you have store to an ever growing amount of old emails essentially forever even though they are rarely, if ever, viewed.   Being rarely viewed means it’s impossible to monetize those petabytes of messages eating up storage space in the data center.   In the old days before GMail changed consumer expectations forever, storage space for free accounts was sharply limited and additional space meant highly profitable premium revenue.

Compounding the problem, email page views monetize poorly compared to other types of content.  Partially this is because the incumbent providers (Yahoo, AOL, Windows Live) with exception of GMail do not target using email content.  My suspicion is even targeting off of email content does not help that much anyway.  Advertising is valuable either when the purchase intent is high (where search is king) or there’s value in brand affiliation (full page New York Times ad).   Email has neither of these characteristics and is likely getting worse on purchase intent.  No one emails anymore to ask which camera, laptop, cell phone they should buy since it’s easier and hipper to ask in a Facebook status.

Facebook messaging today is an unpolluted stream where messages are almost certain to have been sent by person.  There’s no outside spam.  EMail is the exact opposite both due to its history and the expectations around it.    EMail started off with no way to verify sender identity and thus invites spam and scams.  There have been some technical fixes (DKIM, SPF) but at the end of the day you really do not know who is sent a message.   It’s also expected to be ubiquitous and completely interoperable thus removing the option of excluding bad actors from the system.

In contrast, Facebook can kick anyone out of their network.  The Stuff White People Like article on Facebook is humor but its underlying point resonates with me.  The nice, safe neighborhood feel of Facebook is a key part of its success.  Most people over 30 were never going take to the generally messiness of My Space.  Opening up your Facebook account to email, is almost like inviting the world to come by and litter on your front lawn.  And there’s no way to “de-friend” someone sending you email.  None of this is to say email is not an essential method of communication in the modern world.  I just don’t see adding email fits with the positioning that’s made Facebook so successful.

Facebook does have several things going for it in the email market:

Facebook has the operational know how to run a email operation at lower cost than most of the incumbents other Google.  A cost advantage is always a huge competitive advantage in a low margin market.  It’s harder to leverage though in email since pricing to the consumer is already zero.   The price of an email account is really the amount of ads and Google has been able to effectively exploit their low costs through less intrusive advertising.

Facebook already knows so much about their users they do not need to use email for targeting.  How valuable this makes email to them is a function of how much excess ad inventory they already have.  If Facebook ad inventory is already selling out at least for certain segments, adding email will be valuable simply by boosting ad inventory.  If they are already swimming in inventory which is going for fire sale prices, there’s not a lot of money to be made.

3) Keep younger users away from Google and Yahoo

Although the kids of today do not have much use email, they will get older and need to start interacting with the grown-up world which still largely runs on email.  At that point, they will need an email address.  Providing them though Facebook keeps those users from deepening or even creating their relationship with Google or Yahoo which may benefit Facebook in the long run.   However, that benefit is mitigated by the Google and Yahoo’s failure to be at all competitive in the social space.

Facebook’s biggest advantage in any area they enter into is their owership of all that social graph information.  Maybe they have found a clever way to leverage it with email.  I’m a bit skeptical because of the inherent identity problems with email.

I’m curious to see what Facebook has come up or if the rumors are even in the right ballpark.  However, I doubt I’ll be creating myself a Facebook email address.  GMail serves my needs really well today.